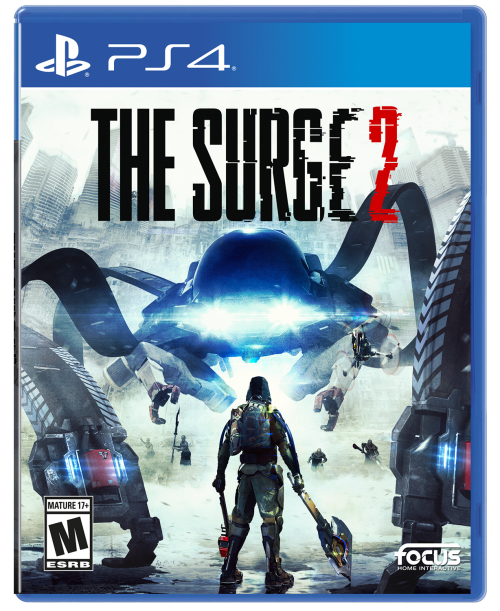 With tough combat, densely packed interconnected environments, hidden pathways and secrets a-plenty, Deck13 brings us its best addition to the souls-like genre yet. Keeping what worked from the first game, the limb-targeting system, The Surge 2 improves on almost every aspect of the game. Collecting, crafting and upgrading your gear is a game unto itself, and managing your Exo-Rig with the right implants can vastly change up your playstyle. Exploration is both rewarding and intricate compared to the original, but the story does leave much to be desired.

Developer Deck13 marked their arrival in the Soulsborne genre with Lords of the Fallen in 2014 garnering moderate appeal and success. In 2017 they gave us The Surge. I, like many others, had not played The Surge until it was free on PlayStation Plus in April of 2019. It was rough around the edges, but a solid game, and I really enjoyed the limb cutting mechanic. It had quickly become one of my personal favorite games. Imagine my surprise to hear that in a few short months, we’d be getting a second helping of the good stuff with The Surge 2 in September 2019!

You don’t need to have played the first game to enjoy The Surge 2. There are some fun callbacks to the original throughout the game though, both in dialogue references and in the NPC’s you meet. At one point late in the game, you even come across a Medbay (save point/upgrade station) from The Surge, bringing back fond memories (oh boy that song).

The opening cinematic in The Surge 2 shows your plane going down, and 2 months later you wake up on an operating table. Fully equipped in your hospital gown, you begin your journey to understand what cataclysmic event has turned a once lush world into a dystopian nightmare.

There are more story beats along the way, but that’s the gist of it and it never really gets much deeper than that. The lore is more of a staging element, rather than an involved epic. You’re in a bad spot, the world has gone to hell, someone has to save us, now GO!

Tech Scrap is your currency in The Surge 2, which can be found scattered about the world, or gathered by killing foes. You’ll use tech scrap for everything from leveling up your EXO-RIG, to crafting your newly acquired gear. A feature I love is the tech scrap multiplier, which increases the longer you go without dying or saving at a MedBay. It’s another added level of risk/reward which can help grow your scrap pile in a hurry.  Get killed out there, and you’ll have to make your way back to pick them up. Failing to do so will result in their permanent loss. For added urgency, Deck13 applies a timer upon resurrection, and killing foes on your way back to your lost tech scrap, will net you more time. If the timer runs out, it’s the same as dying before reaching your dropped goodies, they’re gone for good.

Acquiring better gear and weapons is the only way forward. To do so, The Surge series has a unique limb-cutting mechanic that all of combat centers around. Instead of just attacking enemies, you can manually target a body part: Head, Body, Arms, Legs, and with enough damage, be prompted to sever that limb! These severed parts are now craftable gear, which can be upgraded over time by carving up the same body part of higher-level enemies. This feature never gets old, in fact, it gets better as the game goes on. Once you become familiar with targeting, attacking, and severing, it becomes a rhythmic dance as you move from one enemy to the next. You even have camera control to zoom around the final moment, as the limb flies free through the air.

The right analog stick allows you to cycle through body parts to target, while R1 and R2 do the attacking. Appendages are either blue, unarmored, or yellow, armored. Armored limbs will drop gear, but take longer to destroy. Unarmored spots allow for more damage to be dealt, but don’t drop any gear, or schematics, as they are called in this game. If you don’t need a certain enemy’s armor, you can take him out quicker by targeting an unarmored spot. Or if you find yourself low on health and just need to make it to the next check point, target the blue unarmored limbs.

Collecting full gear sets from all the varied enemy types is wildly addictive. It keeps combat engaging and exciting the entirety of the game. Each type of armor has set bonuses too. Three pieces of the same armor give a minor set perk, while wearing all 6 pieces of the set gives a bigger perk boost. Mixing and matching to accommodate your specific play style is what The Surge 2 excels at. If you like heavy-duty weapons, you may want to gather gear that affords extra stamina as the bonus. Maybe you prefer to attack with abandon, and a set bonus to grant health on successive hits would be the way to go. However you approach combat in The Surge 2, options will not be a stumbling block for you. Deck13 has a weapon and armor set suitable for every player type out there.

The depth continues with your Exo-Rig and Implants. Implants are your abilities and boosters, each having a set power consumption amount, that get slotted into your rig. You’ll need to level up your Core Module with tech scrap to increase your total available power and slots for implants. Each added level will allot 2 points which can be distributed to either Health, Stamina, or Battery Efficiency. Batteries are used for healing and limb severing, so it’s a good idea to make sure this stat is well taken care of. Either by point allocation or by implant boosters.

There seemed to be a soft cap on the stamina stat. At one point the gain went from 4-5 per point, to 1 per point added. Clearly Deck13 didn’t want you having an over abundance of stamina, though with the right gear set and implant management, it was never a problem for me.

Implants are found regularly throughout the world. Mk.I implant effectiveness is pretty basic, while Mk.III or Mk.IV can be quite substantial. Just keep an eye on the power consumption. I found some high-level Implants that required 14+ power consumption to equip! This can be a tough ask when you have your rig slotted out to maximize your current power consumption limits, necessitating a complete overhaul of your assigned implants if you want to utilize that newly acquired rarity.

To start off you will only have a few implant slots available to you. A new slot will open up every 10 levels you gain, which sometimes can seem far off. This is where managing your tech scrap becomes a factor. Do you craft some new gear, upgrade the gear you currently have, or pour all available scrap you’ve saved into leveling up your Exo-Rig? Decisions decisions.

The Surge 2 took a stab at a few new features this time. Firstly, the Graffiti Drone. In an effort to further online connection between players, a Graffiti Drone allows players to leave simple messages persistently online throughout the world. It might be an arrow with an icon of an implant nearby, or a warning of a strong enemy ahead. I didn’t hate the feature, but it felt unnecessary and cluttering of the world space. All it really succeeded in doing for me, was to break my immersion and remind me I’m playing a game.

Secondly, the Directional Blocking mechanic. This is The Surge 2’s version of parrying. Some bosses practically demand the use of Directional Blocking, which I wasn’t a fan of. I’m not opposed to the parrying mechanic, but I’ve never been, or cared to be, “good” at parry timing. This new feature is a nice addition for those missing the parry ability in the first game, but I didn’t utilize it much.

Technical issues were experienced throughout the 30+ hour game. Textures had loading issues where they wouldn’t load until well after an area was entered, or sometimes, not at all, leaving armor looking flat, drab, and smeary. Less egregious was the occasional game crash. Though frustrating, the auto-save feature ensured I never lost more than 5 minutes of gameplay.

Along with some quality of life improvements, like banking all your tech scrap at once instead of one at a time, or deconstructing higher-level gear parts for lower-level crafting, The Surge 2 added some interesting new ideas.

Revenge Enemies have to be my favorite addition. These enemies either killed you, or another real-world player and are now marked as Revenge Enemies. Killing them will net you a ton of tech scrap, and usually some of the highest-level crafting materials you’re currently searching for. You are notified at the bottom of the screen when a Revenge Enemy has appeared and Red lines over his head indicate he’s the target. It’s a nice component to connect The Surge 2 online player base, while being rewarding at the same time.

Another new feature is the Bannerman Drone. This drone allows you to hide a Bannerman of yourself for other online players to find. Depending on how many players find your hidden Bannerman over the next hour, you can receive up to 5000 tech scrap. This was most enjoyable and noticeable during the early hours of the game, where 5000 tech scrap was a big deal. I used it less and less as the game went on when 5k scrap was chump change.

The Surge 2 (PS4)
Summary
The Surge 2 is an excellent action role-playing game, besting most other imitators of the genre. Stellar level design, enemy placement and variety, make exploration and discovery an addictive affair. The unique limb-cutting mechanic from the first game continues to impress here and makes every combat encounter as compelling as the last. A better story and less technical issues would have propelled it to greater heights, but these issues don't overshadow how incredibly fun this game is to play.
Pros
Limb-Cutting combat
Excellent level design/RPG Elements
Quality of Life improvements
Cons
Uninteresting Story
Technical Issues
Difficulty a bit too easy
7.9
Final Score 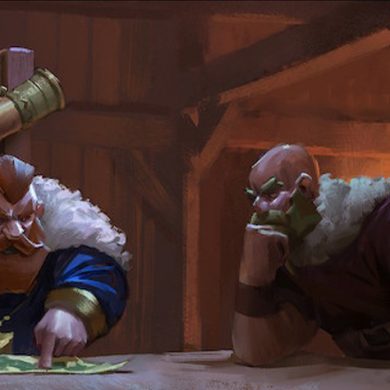