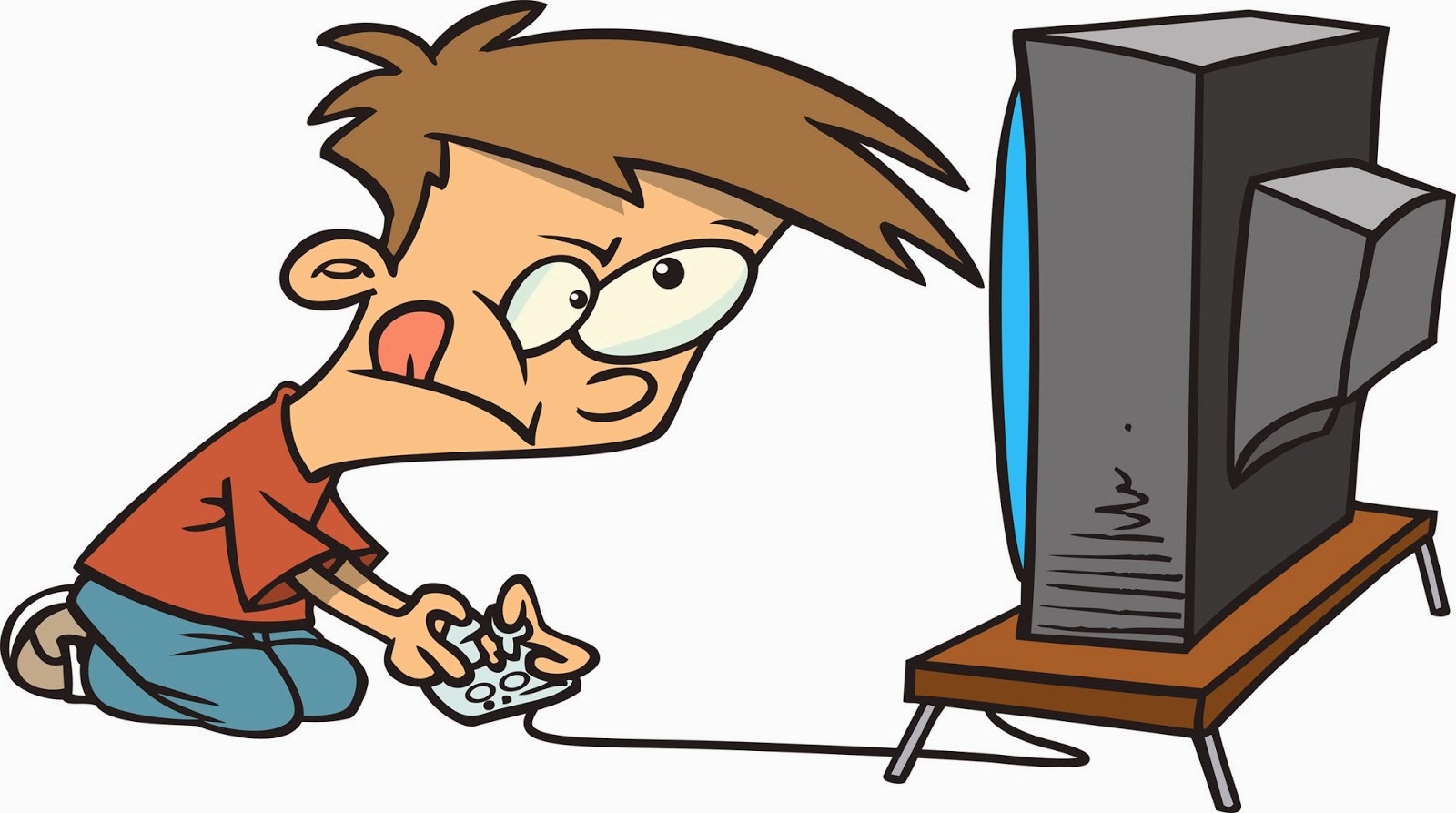 The Casual Gamer and It’s Impact On The Market

The battle of hardcore gamers versus casual gamers…It’s a discussion that hasn’t been around that long, but already we’ve seen it shape the landscape of video games as we know it. For better or worse those two terms, Hardcore Gamer and Casual Gamer, are playing the deciding factors in what games are being made, and the future of our industry. The influence it has on everything from concept to game design to the final release, is startling.

In a recent interview with IGN’s own Luke Karmali, Final Fantasy: Lightning Returns’ director Motomu Toriyama had this to say,

“in those days we aimed to make the most out of the specs of the popular consoles to be able to offer cutting edge, supreme gaming experiences to our users. Since then though, I think the environment in which gamers play has experienced quite a drastic change. Now, we need games angled towards more casual gamers as well as those for more high-end players, like Lightning Returns.”

Let’s Break It Down

All gamers can be essentially distilled down to one of two groups; group A) People who enjoy playing games as a personally enriching hobby, or group B) People who don’t generally play games, but will spent short periods of time with just the right ones, commonly as a means to pass unused time. These two groups are separated by their level of interest and reason for playing. The game they chose to play isn’t as important as their reason for playing it. People in Group A are better known as “hardcore gamers” or “Core gamers”. People in Group B are better known as “casual gamers”. Let’s take a look at some of the differences between the two, starting with the core gamer.

The definition of hardcore gamers can vary greatly, depending on whom you ask. But in the most rudimentary sense of the term, it refers to people that play games to enrich their lives through this specific hobby. Now it truly doesn’t matter the number of games you play, or the length of time you play them, as peoples’ available time for gaming varies based on a number of factors including; age, responsibilities, employment status, marital status, having children, and amount of disposable income to name a few.

Overall though, hardcore gamers generally like a challenge. They like to feel like their time spent with a game has been an accomplishment of some sort, whether that accomplishment be fully exploring a vast open world, achieving that 100th consecutive headshot, or leveling a character’s attack power to 9999. Hardcore gamers play for the love of the game, typically more than one genre is played, and each day some amount of time is spent playing or thinking about playing with a high level of passion involved.

Casual gamer, is a term that has sprung up as recently as 2006, around the time of the Wii’s entry to the market. Nintendo had an idea, to spread the love of gaming to ALL people, not just those “hardcore gamers”. Nintendo wanted to see very young kids, mothers, grandmothers, grandfathers, aunts, uncles, under 5, and over 50, ALL playing (and buying) their games. The Wii was just the console to do that. The Wii sold approximately 20-25 MILLION more units, than the most popular Sony PlayStation and Microsoft Xbox360 consoles did. How did Nintendo do it? They got the “casual gamer” buying. People who generally don’t play games, but can enjoy a game, for a short period of time, if it’s just the right one and easy enough to pick up and play. Generally speaking, casual gamers are not concerned with seeing and doing all there is to do in a game. In fact, most of the games that casual gamers tend to play are rather simple, straightforward, and singular in their task dispersion, so as not to overwhelm or put-off the buyer (player) from continuing with the experience. Where a hardcore gamer will see difficulty in a game as a challenge, and push forward until persevering, the casual gamer gets frustrated and simply puts it down. It’s the lack of passion for the game that allows the casual gamer to easily move on from something when it becomes too demanding.

Now, as with anything that has extreme opposites, there’s always some crossover. Some hardcore gamers actually prefer simpler non-challenging games from time to time. Likewise, some casual gamers actually long for a good challenge here and there. It’s this crossover that developers are interested in. The conversion of the casual gamer, to the hardcore gamer is a good thing in terms of sales. If developers can get more casual players playing (buying) their game, that translates into more sales.

The average sales for most AAA titles are 1-5 million units sold. Developers would love to entice casual gamers into that sales total, bringing it to something more like 10-20 million units sold. Just look at the consoles themselves as an example. If you consider the PS3 (80million sold) and 360 (80 million sold) the hardcore consoles, and the Wii (100 million sold) the casual console, who wouldn’t want to get their hands on the casual market more often! Therein lies the rub.

If the traditional core gamer is what made the video game market what it is today, how do we go about incorporating the casual market without adversely impacting what the hardcore have come to know and love about video games? What good is it to reach a bigger casual market, if you lose the core audience in the process? A good example of this is Final Fantasy. FF is a long running well established series, traditionally considered a core gamers game. Remember what Final Fantasy: Lightning Returns’ director Motomu Toriyama said about the needing of games to be angled towards the casual market….Take a look at this chart below, found on VGChartz, detailing the sales of popular Final Fantasy entries. Note the sales difference between the hardcore focused titles and those skewed toward casual.

Look What They Did With Final Fantasy

Final Fantasy XIII only sold as much as XII because the core expected it to be a like-minded experience to the rest of the franchise. Notice how XIII-2 sales suffered. Final Fantasy XIII wasn’t a complete failure, I can say that as a longtime fan of the series I somewhat enjoyed it, but it wasn’t on par with previous entries of the series. Not because it wasn’t turned based, but because the heart and soul were missing. The challenges of exploring were missing. Strong story elements were missing. Those elements are integral to core gaming experiences. Part of anything that’s of any value to us, is hard to attain, difficult to acquire. That’s where the satisfaction upon completion comes into play. You look back at your arduous journey, and think to yourself, “Man, I did that! I made it through the difficult times, and came out on the other side more accomplished for doing so.” A true sensation of any accomplishment in life, but especially true in games, specifically those of the past, where fitting casual gamers into the mix wasn’t yet a focus. That’s been a common complaint these days that “games are too easy” or “it’s for the casual gamers”. Something gets left on the proverbial cutting room floor of the game when trying to make a hardcore game satisfying for the casual market.

“At the beginning of the project, [Lightning Returns] was going to be a very, very hard game with a high difficulty level. But we wanted to make it more accessible for all users rather than just core gamers, so there are some areas and elements we decided not to include in the final version. Now, looking at the game as it is, I do sometimes feel that…okay, even though it was the right decision for us to exclude those elements in order to make it more accessible, I might have been able to still make it intuitive and easy enough so that those not so proficient at gaming could enjoy it.” – Final Fantasy XIII: Lightning Returns gameplay director Yuji Abe

The mashing up of these two worlds, the casual focused gamer and the core gamer, is a perplexing one. Do I want to see more people enjoying games on the level I do, of course! Do I want the games industry to survive and thrive, off a boosted sales report due to the added figures of the casual market, definitely! My issue, is when the games become so convoluted in their creation, trying to satisfy both sides, that they are no longer appealing to either.

By definition, casual gamers aren’t interested in the core game experiences, or they would be a core gamer!! The best resolution for this issue is one that is already in place, and has been being used since almost the dawn of gaming…..the difficulty setting (Easy, Medium, Hard). The difficulty setting used to be the way that less experienced or novice players could take part in the game without experience in the genre or feeling overwhelmed by many of the game’s challenges.

Instead of removing core mechanics, or entire sections of the game because it might be too difficult for the casual audience, why not just tone down the difficulty at that location through the “easy” mode selection at the start of the game. For that matter, developers could exclude all the difficult portions they found to be too off-putting to casual gamers, in the easy mode of the game. Entire sections of the game could be removed, general difficulty could be toned down, and so on. Then keep the game as originally intended for the core audience at the “normal” or “hard” difficulty. It’s just that simply. So why not do that? Is it because of the stigma attached to playing the game on “Easy”? Or is it something else entirely?

Game developers have seen firsthand how much money there is in the casual gaming market thanks to things like the Wii, mobile phones, tablets, and browser based games. Like it or not this trend is not one likely to go away anytime soon. I just hope for the sake of the industry, that they figure out how to please both core and casual gaming players alike, without compromising what makes the game/genre great. Otherwise we might find ourselves relegated to compromised visions of masterpieces like the Final Fantasy series has seen of late. 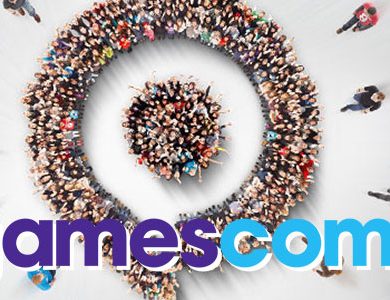