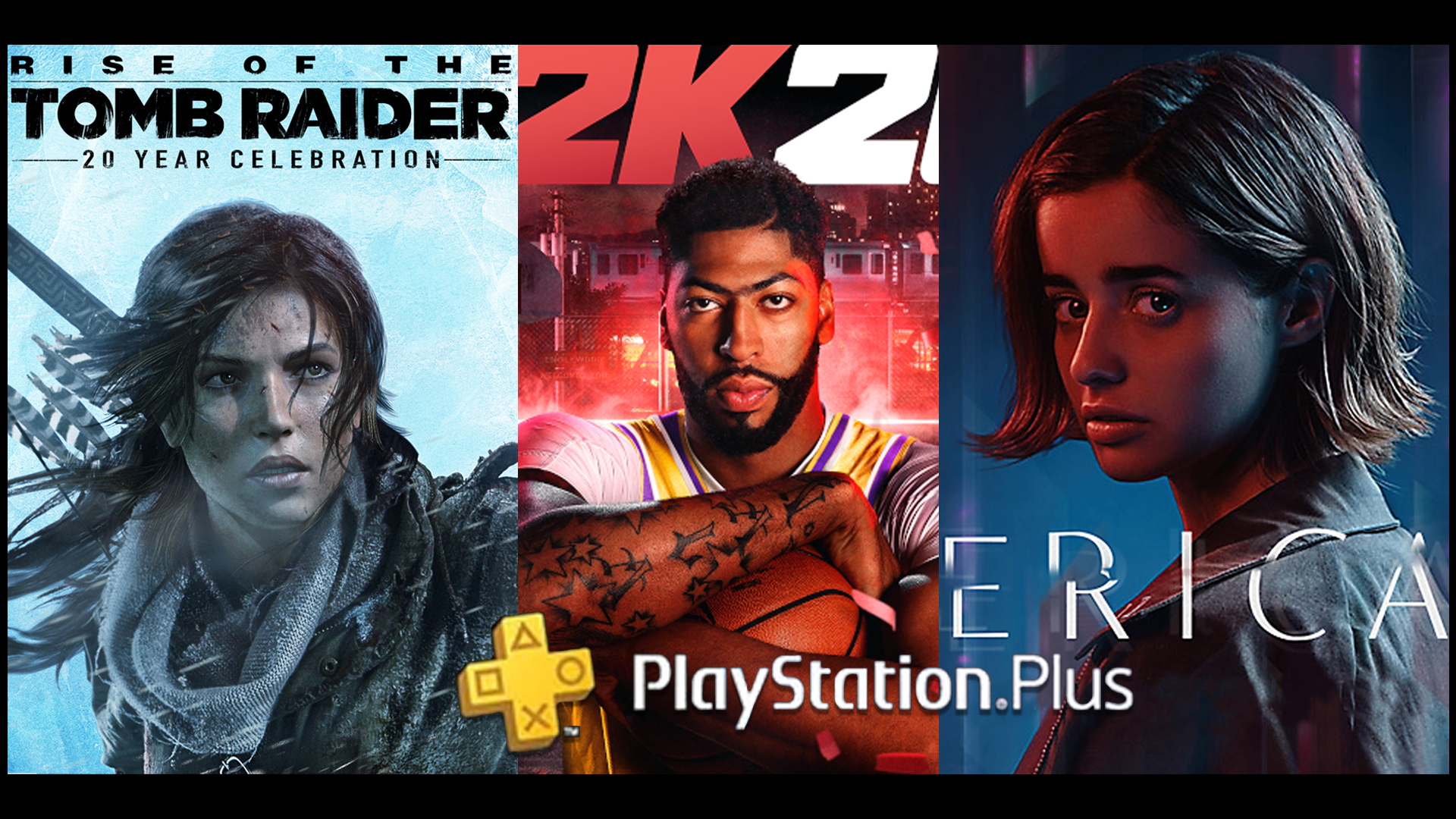 It’s been 10 years since the introduction of PS Plus to gamers. As an extra special thank you from Sony, they are adding an additional game to the lineup this month, for a total of 3 free games. PS Plus July 2020 free games have been announced. Check ’em out below!

“Rise of the Tomb Raider: 20 Year Celebration includes the critically acclaimed Rise of the Tomb Raider, nominated for over 75 “Best Of” awards. With over 50 hours of gameplay and all-new content created to celebrate 20 years of the iconic Lara Croft, this is the most comprehensive version of the award-winning experience.”

“In Rise of the Tomb Raider, Lara uncovers an ancient mystery that places her in the cross-hairs of a ruthless organization known as Trinity. As she races to find the secret before Trinity, the trail leads to a myth about the Lost City of Kitezh. Lara knows she must reach the Lost City and its hidden secrets before Trinity as she sets out for Siberia on her first Tomb Raiding expedition.”

“NBA 2K has evolved into much more than a basketball simulation. 2K continues to redefine what’s possible in sports gaming with NBA 2K20, featuring best in class graphics & gameplay, ground breaking game modes, and unparalleled player control and customization. Plus, with its immersive open-world Neighborhood, NBA 2K20 is a platform for gamers and ballers to come together and create what’s next in basketball culture.”

“Immerse yourself in an interactive live-action thriller which puts you at the heart of the mystery. Delve into Erica’s past as you piece together the shocking truth behind her father’s death. Face the consequences of your actions as you influence how the narrative unfolds and arrive at multiple alternative endings. Reach into the world by interacting with clues using your DUALSHOCK®4 wireless controller or the Erica app for iOS and Android*.”

In addition to the free PS Plus games, a statement from Sony reads: “We will be releasing a free PS4 theme later this week to celebrate 10 years of PS Plus. The theme will be available on PS Store for a limited time, so be on the lookout. For those of you who haven’t tried the online multiplayer benefit for PS Plus, we’ll also be hosting a free online multiplayer weekend starting July 4 at 12:01AM through July 5 at 11:59PM in your local time. (Online multiplayer game sold separately. Requires internet connection and PlayStation Network account.)“

Rise of the Tomb Raider: 20 Year Celebration, NBA 2K20, and Erica will be available to download from the PlayStation Store between July 7 and August 3. Don’t forget to download your June Free Games before they’re gone!