PS Plus December 2019 free games have been announced. Check ’em out below!

“Bigger weapons make better friends in Titanfall 2, the epic follow-up to the genre-redefining Titanfall. Respawn Entertainment gives you the most advanced titan technology in its new, expansive single player campaign and multiplayer experience.

Combine and conquer with new titans and pilots, deadlier weapons, and feature-rich customization and progression system that helps you and your titan flow as one unstoppable killing force. Unite and destroy. Become One.”

“Titanfall 2 is a first-person shooter video game, developed by Respawn Entertainment and published by Electronic Arts. A sequel to 2014’s Titanfall, the game was released worldwide on October 28, 2016.”

“Whether fighting for the IMC, or fighting back for the Militia, Pilots are the apex predator of the Frontier. They are what all riflemen aspire to be – highly skilled, incredibly mobile, and deadly at any range. But Pilots aren’t alone, by their side is a Titan. Towering over anything that stands in their path, Titans are lethal weapons wrapped in armor and designed to take a punch…or a sword…or a rocket. Individually, Pilots and Titans are a serious threat. Together they are unstoppable. “

“Take part in the most competitive and high profile off-road motorcycle racing championship in the world. Featuring innovative track design and set within prestigious stadiums, the game is the most realistic and immersive Supercross fan experience ever. Get ready to race with your favorite Supercross athletes on tracks from the 2017 Monster Energy AMA Supercross, an FIM World Championship season, choosing among official riders in both the 250SX and 450SX Classes, including iconic racers like Chad Reed, Ken Roczen and the outgoing champion Ryan Dungey.”

Titanfall 2 and Monster Energy Supercross will be available to download from the PlayStation Store between December 3 and January 6. Don’t forget to download your November Free Games before they’re gone! 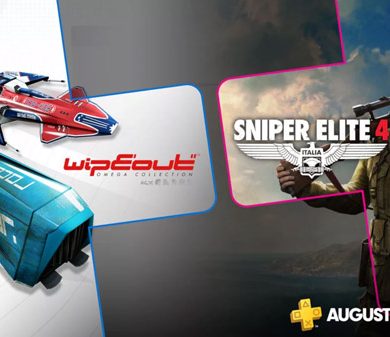