Octodad: Dadliest Catch was first announced back at E3 2013. I’ve been waiting for this game to come to PS4 before buying it, as I knew it’d be one that my children would enjoy watching and playing with me. And now it’s finally here. As Octodad, you’re an octopus in a suit and no one knows what you really are, unless you cause too much commotion. The game employs rag-doll physics so every step you take, every arm movement you attempt….is a seriously wonky ordeal. But that’s where the greatness of the game lies; in the ridiculous mayhem that ensues from an octopus trying to behave like, and fit in with, the humans.

Developed by Young Horses, a small group of students from DePaul University, Octodad: Dadliest Catch actually started out as a student project, then known simply as Octodad. It was created for the student showcase of 2011 Independent Games Festival. Octodad went on to be one of eight winners that year. Pretty impressive! After doing so well at IGF, the team decided to create the sequel “Octodad: Dadliest Catch” and bring it to PC and consoles. The concept looked fun and a tentative release date of January 2014 was given. On January 30, 2014 the game released on Steam and nothing was mentioned at all about the console release. Well the weeks turned into months and still no release. Then last week on the PlayStation blog the game finally got a confirmed release date of Tuesday April 22. The games launch price was set at $14.99 but thanks to my PS Plus subscription, I snagged it at the low price of $11.99. Thank you PS+.

Well I spent some time with the game this afternoon and I have to say, it lives up to the expectations I had for it. And my 4 year old daughter, was just as enthralled with the experience as I was. Whenever I get a new game like this, one that my children are as excited for as I am, I usually let them have first crack at it (as hard as that is to do). The game opens with your wedding. The best man comes to check on you, and that’s where you take over. The onscreen help walked us through how to move each limb, one at a time. The left stick moves your arm left and right, while the right stick moves the arm up and down. R1 or X are used to grab/drop items in the environment, and L1/R1 control the legs. If it sounds a little confusing….it is, and it’s supposed to be! It really conveys the sense that you ARE the octopus, not just a person controlling him. Even with as befuddling as the controls are, in no time at all I felt comfortable with getting around. One of your first objectives is to get your Tux on for the wedding. The process of navigating from room to room involves coordination and precision. After finding the tux, you simply grab it, and POOF. With a cloud of smoke you’re changed and ready to wed.

Upon opening the wedding hall doors, you see people seated in the pews, all laser focused on you the groom, making your way down the aisle. Your new objective is to make it to your bride, without causing a scene or too much damage. This is the main mechanic of the game….people starring. The more you knock things down as you move, the more and more on-lookers become suspicious of you. As long as you don’t make a mess of things, no one is the wiser about who you really are. Octodad: Dadliest Catch offers the normal game mode, Free-Play mode, and a Co-Op mode (the co-op mode allows other players control over different limbs of the same body….sounds crazy fun right?!). If you don’t want to worry about being careful and precise, Free-Play mode allows you to play without the fear of people finding out who you are by wrecking to much of the environment.

Over the next hour or so some of the objectives I encountered included; pouring the morning coffee, mowing the yard, grilling some burgers and serving them for lunch, shopping at the market, and taking the family on a trip to the aquarium. I don’t imagine the game is all that long, so I won’t spoil things by going into detail about each scenario. I will say, that the fun of flailing around making a mess of things (or trying not to, depending on how you’re playing) is just as great to watch as it is to play. My girls and I laughed and laughed as we flopped and squished our way through the supermarket freezer to get a pizza on our shopping list.

It’s refreshing. It really is. To play a game with simple fun and simple objectives. Such a nice change of pace, from the photo-real games that are being cranked out one after another. It seems like sometimes the purest joys of gaming get lost when making the AAA blockbusters. Octodad: Dadliest Catch is a riot to play. It’s priced fairly and it’s a game the whole family can enjoy. These gems are a rarity now a days. Without having played through the entirety of the game yet, I can still safely recommend purchase of this game to anyone and everyone. 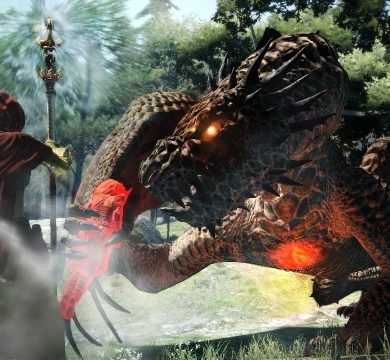