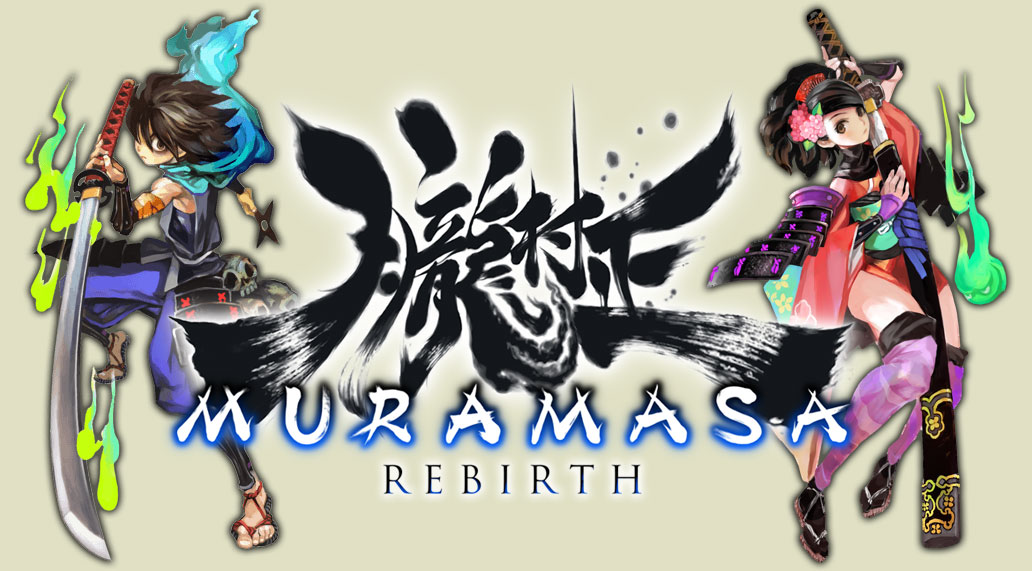 If you missed the first part of Muramasa Rebirth: Now Playing, check it out now.

Ok, so I’ve been fully addicted to Muramasa Rebirth, and haven’t been able to put it down. The more I play of it, the more I have to keep playing it. It’s that good!

Part of what I think keeps me going, is how they’ve broken up the game into several smaller areas. If you hit the select button, the mini-map displays each section of the road you’re traveling. These sections are signified by black boxes that are grayed out until you’ve entered them. After passing through the area the box lightens, indicating you’ve been to that section of the road. I believe this micro-sectioning of the level is what drives me to want to keep going. The need to access each area, and uncover everything is promoted by these simple black boxes, pretty clever really. Some have complained about backtracking in the game, but I’ve found it to be an enjoyed, even peaceful, experience. It’s during this time that I can freely checkout the magnificent views, and enjoy the serene music.

My character, Momohime, has been tagging along with Jinkuro, who stole her body by accident in a soul transfer technique gone bad. Jinkuro has been murderously attempting to track down the Dark Resurrection Sword. In the process we have slain hundreds of enemies and several bosses, with each kill getting us that much closer to the sword. At one point, we were told that the sword was being kept in a storage house. After interrogating a foe for the blades location, we learned that the lord of hell,Enma, is also after the weapon. Enma sends one of his demon underlings to retrieve the sword and bring it back to Hell. Jinkuro, not one to be deterred by anything, descends into the depths of Hell in hot pursuit.

It was here in Hell that I encountered my first mini-boss enemies in Muramasa Rebirth, alongside regular foes in battle. Usually, it’s just some minion creatures or pushover ninja, which are cut down with ease. Here I faced one or sometimes two lurking min-boss demons at a time. These guys took way more too cut down, and required some careful maneuvering to dodge there attacks, as damage incurred was heavy.

When I finally made it to the Boss for this stage, he gave me some trouble. Big Oni was his name. The demon over lord is huge, of course, but most notable were his attacks. If you stand anywhere near him, he’ll swipe you up, eat you, and you’ll suffer massive damage. If he doesn’t eat you, he’ll grab you and smash you into the ground repeatedly, again, sustaining massive damage. As he’s about to attack, you are warned to hide behind a rock, which I attempted, but would still get nabbed and smashed/eaten.

After a few failed attempts and running through all of my food supplies for health regen, I figured it out. When that attack is signaled, you have to quickly move farther left or right on the screen, to the point where he is no longer visible on screen at all. It’s here that you’ll want to hide behind a rock and wait a moment. During this time, he loses sight of you, and looks blindly around trying to find you. Now you’ll jump on his neck and attack furiously. Rinse and repeat. After figuring that out, the fight felt more manageable. Still tough, but more manageable.

Big Oni does have another move, where he disappears into thin air, and smashes his fist straight down. It’s easy enough to see coming and get out of the way. All this while he continually spawns smaller little minion guys. Compared to the boss attacks though, they really didn’t pose much of a threat. I think they’re just there to add confusion and complexity to the encounter. Well, and to attack you while you’re in your hiding spots behind the rock.

After slaying Big Oni, he tells you that the Dark Resurrection Sword wasn’t in the storage house he swiped and brought to Hell with him. So Jinkuro/Momohime’s journey into Hell resolves without reward. Although, once Jinkuro talks to his guide lady, Kongiku, he believes the sword is now somehow in Heaven. Yep, you guessed it, Heaven is now our next destination! That’s about where I left off. Looking forward to invading Heaven now and finding that sword (although I have a feeling it won’t be there either).

I have to say, at first the story wasn’t connecting with me. Muramasa Rebirth felt more like throwaway plot that I didn’t want to be bothered with. As I’ve played on though, I do find myself getting enthralled with the characters and story. Jinkuro, this awful, selfish, killer, appears to be fostering a soft spot for Momohime, even though he continually denies any such feelings when asked. There’s some entertaining writing for side characters as well. For example, I met a ghost spirit woman, that came back from the dead to haunt her husband, but can’t do so because the living husband lives somewhere far away and dark, and she’s afraid of the ghosts that haunt that area….The irony being that she herself is a ghost….who’s afraid of ghosts. There were some funny side characters encountered like that in Hell too.

All told, I’m really impressed with Muramasa Rebirth. I’d heard of it before, but it didn’t really stand out to me as a must purchase game. Man was I wrong. I’ve logged about 8 hours so far, think I’m pretty close to the end with Momohime. BUT, I still have the whole playthrough as Kisuke yet to go.  I highly recommend you get this game; you won’t be disappointed.