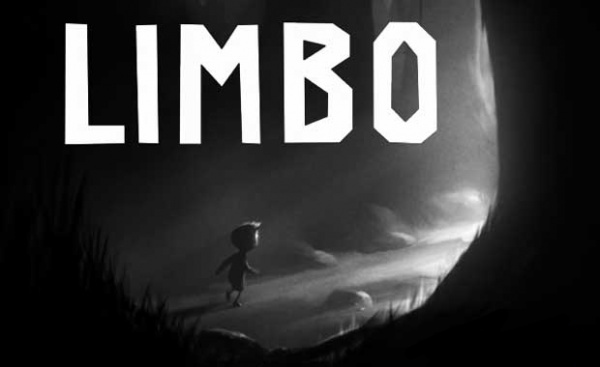 So Limbo originally released back in 2010 as an Xbox360 exclusive. Then in 2011 it came to PS3 and Windows. 2013 marked the release on Vita and IOS, but I waited until today, May 27th in 2014 to experience the game free with PlayStation plus.

This puzzle-platforming game is a 2D sidescroller that focuses on trial and death. Playing as this small boy, in all black and white, he wakes up in the middle of the forest. He’s all alone, and it’s quiet. There’s definitely a creepy vibe that’s felt. There’s no action buttons and no complex combos to perform, just walk and a jump button. That’s it! The simplicity of it is matched well with the footsteps you hear as he walks along.

I was just strolling along, enjoying the eerie vibe of the creepy woods and my echoing footsteps, when BAM!! Dead! Stepped on a partially hidden steel bear trap. The sound of the metal clanging was abrupt and startling…that and my head popping off as the trap closed around my neck. As I played on, this time sidestepping the iron death trap, I came to realize that gruesome deaths are part of the allure of this game. Watching my little character get impaled by spikes, slowly drowning and sinking to the bottom of a pond, and breaking his neck from a high fall, are all oddly beautiful.

After each death, I’m a little wiser and able to make more progress. The first big threat I faced was an ominous spider. He was dark and daunting, and you just knew it was going to be bad when the sounds of the forest stopped. It was just too quiet. Then I see these 3 spider legs hanging off the edge of the screen. As I inch ever closer, a single leg raises and steadies for an attack, like the stinger of a scorpion it was poised. Before I have a chance to react…I’m impaled. He lifts me into the air effortlessly, and shakes me off like a bug.

The black and white is a nice artsy touch. After playing for a few hours, I couldn’t imagine it being in color. I liked what I experienced so far of Limbo. Not sure how long a game this will be, but there’s a unique and minimalist approach that works by adding mood and atmosphere to the game. Look forward to some thoughts on Limbo soon.

Check out my Limbo Pt. 2: Now Playing for more!