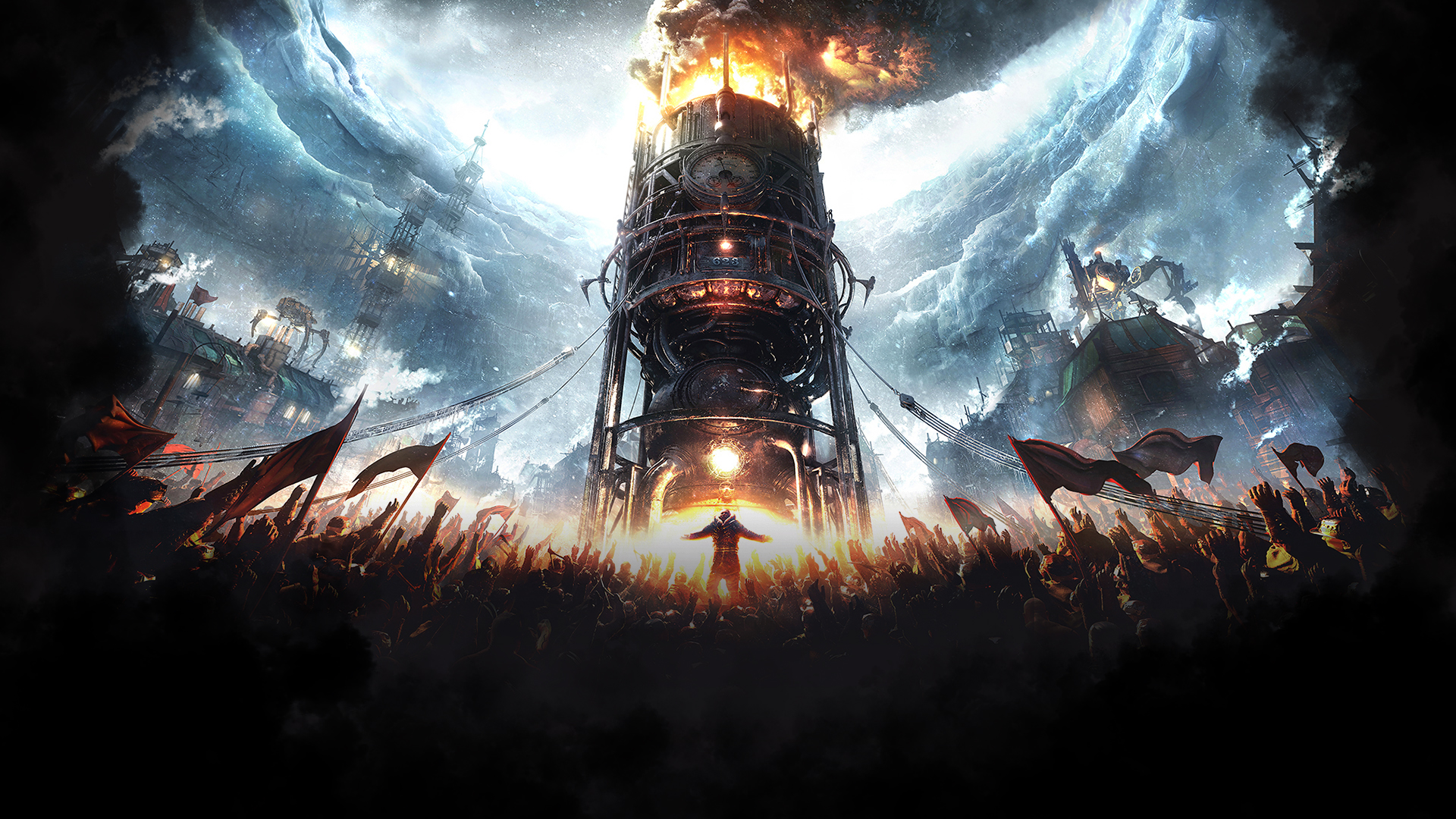 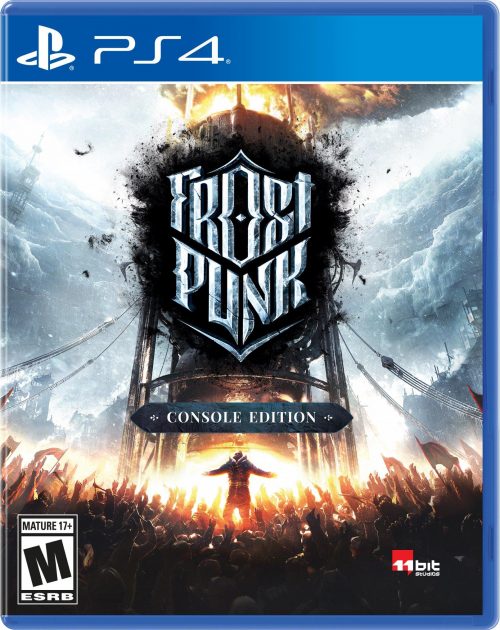 11 Bit Studios brings its bleak and frozen city-building/survival game to console, with all its micromanagement glory. Frostpunk: Console Edition is a fantastic port of its PC counterpart with a clean and simple UI, and well-thought-out controls. Survival won’t come easy in the frigid crater you call home, where difficult moral decisions are as crucial to survival as resource collection and management. Better get the generator running, it’s a cold one out there.

Full disclosure, I haven’t played Frostpunk on the PC. In fact, I’m not even that huge a fan of the genre. Though I do get off on min/maxing and mid-level micromanagement minutia, so I was curious to see what this game was all about, now that it has arrived on console. Having said that, Frostpunk felt more like a demanding stressful job, than a challenging trek through the snow-covered wasteland. There’s a lot going on here, and it’s all thrust upon you fairly quickly with little in the way of instructions.

Be forewarned, Frostpunk is meant to be an uphill battle. You start with nothing and in the worst of conditions, all the while the cold eats away at your morale and your resources. You are supposed to feel like there is no hope, and right when you think you might just make it, something happens to throw the camp into utter disarray, returning your spirits to “dashed and despondent.” I get that’s the narrative being told here, but the pressure shouldn’t outweigh the play.

After selecting the main story mission, A New Home, a somber and chilling narration gets you up to speed on the world as it stands today. Humanity is all but lost. Snow covers every visible surface. Warmth is a distant memory. The sting of sub-zero temps is all you know now. Neither wealth nor class can save you from the unrelenting icy grip of the cold, and all things humanity once believed made them, are quickly abandoned to adapt and survive. Having set off north, hope is the only thing that drives you to a suitable location to build the last city on earth.

So begins your crisis management simulation. Starting with a group of 80 survivors you must turn this frozen barren crater into a life-sustaining, well-oiled machine. Initially your job is to get the generator running for heat. This is done by collecting coal, either by claiming it from the very limited nearby supply, mining for it, or burning your wood and turning it into coal, with more options becoming available later on.

Then you’ll need to provide shelter, which at first comes by way of tents (not great for warmth or comfort). They are cheap to create however, so you can make plenty, just don’t plan on that working for long. Later down the road you can research “houses” which will make life much easier…assuming you live long enough to utilize that upgrade.

Food procurement is next on the docket. All this “last city on earth building” works up quite the appetite after all. In the beginning, most of your diet revolves around raw food gathered by hunters. As the game progresses you can turn raw food into standard rations and learn new recipes like soup, that allow you to stretch your supplies.

As issues arise in Frostpunk, you are given tasks to complete in a few different ways. As an example, when building shelter, a task is brought to you to choose one of three options. 1) A pacifying option of providing “some shelter” giving you 2 days to provide shelter for 40 people. Completing this task in the allotted time grants Hope (a key factor in your community). 2) You can opt to “provide shelter for everyone.” This task is harder to achieve, but you’ll be granted more Hope as a result. 3) Finally, you can choose to simply “not deal with the issue” at all. This will raise Discontent though (the other key factor in your community).

Hope and Discontent are the two temperaments your community will need your help managing. Every choice you make will factor in to whether the social stability rises or falls. Find some survivors outside the crater with one of your scouts? Hope will rise. Having your guards patrol the streets will create a sense of safety. Hope will rise. On the other hand, if you don’t gather enough coal to keep the generator running, people will get cold. Discontent will rise. There could be too many mouths to feed, and instead of standard rations, you have to add sawdust to the half-portion soup. Discontent will rise. Maybe your scouts reach a nearby settlement outside the crater and it’s completely abandoned. Word spreads back at camp that your alone, and no other colonies exit. Despair sets in, and, you guessed it, Discontent will rise.

This system keeps the pressure on at all times to manage how you deal with your people. If discontent gets extremely high, people will try and revolt or leave the community all together. Likewise, if Hope falls to low.

There are three major components affecting gameplay at all times in Frostpunk, aside from the punishing cold. First are scouts. Scouts can be sent out into the frozen wilds to investigate nearby points of interest. It will take time for scouts to arrive at a given location, usually ranging from a few hours, up to a few days. Once there, exploring will result in gained resources, survivors, and/or a new further location to travel to. The catch is, all resources remain with the scout until he returns to base, adding an element of risk to the operation. If your scout is killed on an expedition, all resources are lost with him. If you send him to base, you lose the time it takes to travel home and back out to the last spot you unveiled.

Scouting is unexpectedly satisfying and rewarding, making the world feel bigger than it is and giving a sense of hope that something good may come from every new outing.

The Tech Tree allows you to research one improvement at a time and it’s broken up into four categories: Heating, Exploration & Industry, Resources, and Food/Health/Shelter. Improvements like “Generator Power Upgrade 1” raise temps in all heat zones by 1 level, while “Lighter Scout Sleds” make scouts move 50% faster. Prioritizing your improvements is critical for a successful run.

Lastly, The Book of Laws brings much needed rules and direction to the city comprised of two trees: Adaptation and Purpose. Adaptation Laws are the first set available and they provide options like Emergency Shift, which allows you to force workers to work for the next 24hours, and Alternative Food Source, which allows you to eat corpses as Raw Food. Each option usually has pros and cons associated with it, so choose wisely.

The Purpose tree splits into two paths, Order or Faith. Choosing one locks out the other. During my playthrough I chose Order, and by the end game, I was executing people to keep the city under my thumb! Yeah, it got pretty out of hand out there. Survival will do that to you.

The visual fidelity in Frostpunk: Console Edition looked fine, though with the drab environment, and all structures looking so similar, I did find it difficult to pick out buildings at a glance. Granted, spending enough time with my city enabled me to locate things from memory fairly easily.

The console controls are designed so well, it feels like the game was always meant to be on consoles. The directional buttons allow you to control time: Slower, Faster, Pause, and Start. L2 brings up a radial menu with all options a simple button press away and tabbing through categories is responsive and snappy. The UI is kept clean and minimal, and yet I always had the necessary information on hand without having to search for it. Analog sticks can pan, zoom, and rotate the camera, all of which felt natural and set at just the right speed, no tweaking required. The trac-pad displays the thermal projection, showing you exactly where the majority of your people are freezing to death.

Something I didn’t care for was not being able to upgrade my structures once I learned an improved version. Having a city filled with tents that all need upgrading to houses meant deconstructing each tent individually, waiting for workers to complete that task, then choosing to build a house, and waiting for workers to complete the task. A simple option to “upgrade” would have been most welcome. Also, when facilities acquired abilities, each requiring a cooldown period, there was no visual or audio cue to indicate the ability was ready to use again. This resulted in needless and obsessive monitoring.

Frostpunk: Console Edition
Summary
Frostpunk: Console Edition is a brutal game where every choice comes at a price. Tight controls, clean UI, and no noticeable frame rate issues, proves a click-heavy mouse and keyboard game can work great on consoles. With Endless Mode and all DLC scenarios included, you will more than get your money’s worth at a $30 price tag. Make no mistake though, this game is cold, in every sense of the word. Good Luck out there.
Pros
Controls streamlined for consoles
All DLC and Endless mode included
Challenging survival
Cons
Can feels more like work than play at times
Needs better tutorial/explanation
8
Final Score 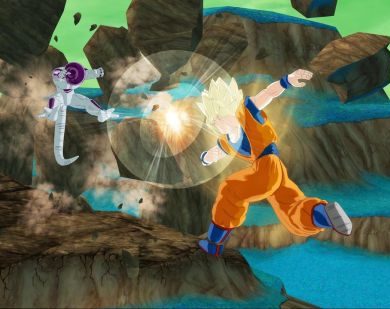