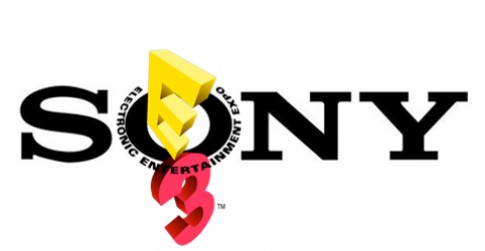 It’s almost that time of year again. Where the gaming industry takes center stage for all the world to see. This has to be one of my most favorite times of year. Witnessing first hand, all the latest and greatest news that the big 3 have to offer, is just somehow better when watching live, as opposed to reading about it on a forum days later. Everyone has their own opinions and theories about what will be shown, announced, and demoed…..and I’m no different.

But before I give my E3 predictions, a little trip down gaming memory lane is in order. While Sony has been on an excellent upward trend, on all fronts, selling systems, releasing exclusives, selling new hardware, and gaining momentum in all three. It wasn’t always this way. Sony had a rough start with the PS3. As much as the price tag fit the bill for what was being sold (next-gen console + BluRay player) it still was perceived to be too high for a home gaming console. That price tag, coupled with the less than stellar launch line up, led to abysmal sales.

Even a full year after its release, there were only a handful of exclusive titles that you could play (or brag about) on your shiny new PS3. The most crushing factor though had to be that PlayStation3 didn’t even arrive on the scene until a full year after Microsoft’s Xbox360 had been in people’s homes, winning the hearts and minds of hardcore gamers rabid for this whole “Next-Gen Gaming” wave that still persists today.

Fast forwarding to the present, the price of Sony’s PS3 is now at a reasonable price, and selling well. Exclusives have always been system sellers in my opinion. If you want to play “insert game here” you have to own a “insert console here”.

As far as exclusives go, Sony may have started slow, but they are finishing strong. Sony has almost 90 (retail) exclusive PlayStation 3 titles out with an average meta-critic review score of 75.6. Of those 90 exclusives 65.5% received scores higher than 75/100. Additionally, Sony has 14 more exclusive titles that have been announced and are expected to release in the 2012 fiscal year (that’s not including any surprise IP’s that may be announced at this year’s E3). Now the Xbox360 has 125 (retail) exclusives….while that may appear to be more on the surface than Sony’s 90, those numbers are a bit skewed. First of all, of those 125 exclusives Xbox has, over 50 of them are also on the PC including big names like; Gears of War, Mass Effect, Fable 3, Alan Wake, and The Witcher 2.

Now they may not be on any other console, but if you’re talking about a gaming experience that you CANNOT get anywhere else but your machine….Xbox360 can only really boast a number closer to 75. With the smoke screen cleared, Sony’s 90 is clearly the front runner when it comes to exclusives. Furthermore Xbox360’s average meta-critic review score for their exclusive offerings comes in at 69.2. Of those 125 exclusives only 43% received scores higher than 75/100. That’s less than half! Additionally, Microsoft has only 3 titles that have been announced and are expected to release in the 2012 fiscal year. If you want exclusive gaming experiences that you cannot find anywhere else, Sony is the powerhouse cranking them out, and with the highest quality mind you.

Having said that, I believe Sony is in just the right spot to steal the show this year. On to some specifics. Below are my personal predictions as an informed gamer from surfing the net, and watching the E3 shows every year. And a little bit of gut feeling thrown in for good measure.

* Sony will talk at length about on PS Vita is doing well. Announce a few new Vita games that no one expected. May talk cross-play, remote play, and/or PSone support.

*Sony will spend some time on the PS Move, and how many units it has shipped through, drawing focusing on the newly released Sorcery game built from the ground up for the Move. Then while excitement is high about that game, they will use it as a spring board to announce 1-3 previously unannounced Move titles that will be more what we were expecting when the Move was first launched. One of those 3 will be given a release window before the end of this year, while the other two will either be simply demo’d or given a vague “coming soon” label.

*Lastly of course, they will talk about the PS3. They will tout sales figures, and reiterate how secure the network is. Most likely going a little more in depth on how it’s changed from PSN to SEN. But the main focus will be all these big exclusive games we all know and love Sony for. We’ll see a good amount of in game action from The Last of Us. Probably a PlayStation All-Stars: Battle Royale stage demo. There will be PLENTY of Sony’s famous video game clip montages. And lastly, I think it’s now or never, there will be two highly anticipated and long awaited games shown……Final Fantasy Versus XIII and The Last Guardian. Both of these games have spent too long in development, and are too close to the next console cycle to not be shown and released now.

I think we’ll see both these titles briefly and if we don’t, they’ll be moving to the next-gen consoles.

Games you can expect to see/hear about

Games I’d like to see/hear about, but probably won’t

The Agent
Uncharted 4
Monster Hunter PSV (Vita)
Time Travelers (Vita)
infamous 3
Metal Gear Solid 5
Quantic Dreams next game
Folklore 2  – (Folklore was fun, and the Move would be a perfect fit)
The Eye of Judgment Next  – (Not sure why Wizards of the Coast didn’t get ALL over this, but cards-coming-to-life games should have gone further with the tech we have this generation.

So I only have two stabs at this one. The obvious one is Sony’s PlayStation 4 codenamed “Orbis.” I really think they have enough to show and talk about with the games, network, and the Vita, but you never know. Sony’s E3 website reads, “Come join PlayStation as we give the largest show in entertainment a triple shot of excitement. Be one of the first to witness the launch of more than 20 new gaming experiences. Meet up with developers one-on-one. Then check out the new lineup firsthand and keep on playing as long as you can.” A Triple shot of excitement?? Seems to me that means, 1) The Vita  2)  PS3  3) Move. As unlikely as it is we’ll see or hear anything about PS4 (Orbis), if we did, that would certainly be a show winning surprise!

My other thought is, Diablo 3 coming to Console, and this year. Now I know that it’s been hinted at and rumored that this may be happening, but nothing more has come of those rumors. I think that’s why the game got pushed back so far. They needed more time to work on the console versions. The game comes out May 15th. That’s just 3 short weeks before E3. We all know how adaptable the game is for consoles. And for all those saying you need a mouse to click, you don’t. There’s been plenty of console games that created this exact type of gameplay perfectly well. Chances are high that it wouldn’t be PS3 or 360 exclusive, but just the mere thought of it coming to consoles is enough. If Sony had Diablo 3 coming to console at this E3, that would be a show winning surprise!

Well there you have it, my thoughts and predictions, my hopes and theories. I can’t wait for this years E3! Stay tuned for my Microsoft E3 Preview and Nintendo E3 Preview in the coming weeks leading up to E3.