Today’s PlayStation Store update included a demo of Dragon’s Dogma. I’ve been following this game for a while now and it’s been looking very promising. As of about a month ago I began losing interest in this game, as it just seemed too generic or too similar to other recently released action games. So when the demo was released today, I figured I’d better check it out just to see if letting it fall off my radar was the right choice…….boy was I wrong!

As I booted up the demo, I’m brought to the opening screen where I have a few options available to me.

Naturally I wanted to start with option 1, the prologue, but my kids were running around like crazy animals and I knew I wouldn’t be able to focus on what I was doing. So I started with the Character creation. I’ve always been fascinated with people and how they can spend so much time on these editors. Generally speaking, none of the choices make you look or feel all that different from the default options. But I guess people like choices and this offers you plenty. You start by picking your gender, then delve deeper into three or four main categories. It’s at this point that you can say “Great, that’ll do” and move on. Or you can choose to further customize things in all the greater detail we’ve come to expect from this generations character editor systems.

For my main character I stopped at the basic customized male. Next you create your main Pawn. Pawns are your AI controlled partners basically, that level with you as you play through the game. It’s nice that you get a chance to customize them as fully as yourself; most games just stick you with a default AI, that most times I end up detesting.

For my pawn I used the deeper customized options just to see what was available. It’s boring enough to sit through it, let alone read it. So I’ll stop there by saying if you like customizing your character with great precision, you won’t be let down by Dragon’s Dogma. I should mention that if you do spend time customizing your main character and pawn, the demo will carry that information over to the full game, which is great! That’s that.

Now that my kids have finally scurried off to another room, I feel it’s safe to begin the Prologue demo of Dragon’s Dogma without much interruption. You start in this underground cave type area, with your pawn informing you that it’s pretty dark, better pull out your lantern. So before any hacking or slashing take place, I’m prompted to “press select” to open my inventory screen and equip the lantern. Upon doing so I notice a UI that is reminiscent of Demon/Dark Souls in terms of looks and feel. All items have weight, and your characters equip weight does affect your movement.

You have your character and pawns name, life bar, and stats on the left, with the inventory items on the right. Fairly straight forward and simple, items are categorized into 4 or 5 sections, and all items have two descriptions, one that’s lore heavy and the other that’s shorter but quickly informative.

I equip my lantern, and I notice that the description says that the lantern takes oil, and I have a fairly good amount. This immediately lead me to an interesting conclusion….that Dragon’s Dogma will factor in many, many facets, all the way down to your equipped lantern and its internal oil level. This adds a depth to the game that ventures into RPG territory, something I’m extremely pleased to see.

With my lantern equipped and the cave illuminated nicely, I began familiarizing myself with the controls. The D-pad is used for commanding your pawn. L1+square/triangle/circle are for your shield/shield attacks. L2 sheaths your weapon. R1+square/triangle/circle are for sword attacks. R2 is used to grasp, more on that later. Square alone is a light attack, Triangle alone is a heavy attack, X jumps, and circle is used for picking items up/examining/conversing with your pawns.

As I slashed and thrust my sword daftly through the air, I noticed a little red stamina bar beneath my health dropping. So stamina will play a big role in Dragon’s Dogma, as when it runs out, your character is left exposed to attacks as he doubles over and gasps for a bit. I’m sure the weight of your armor and items equipped will factor in here as well adding some planning and strategy to your battles. No Dynasty Warriors hack-n-slash here.

With the control scheme fully within my grasp, I finally heed my pawns cry’s to push on forward. We are met with some resistance in the way of goblins and hacking them to the ground with plenty of attacking options just feels right. Great attention has been paid to the weighted feel of your attacks. Each blow lands with crushing weight signaling that the combat will be an exciting undertaking instead of a monotonous or laborious chore. You’d think this wouldn’t need to be stated as it is mainly an action game, but with all the AAA titles that have released lately with such a lack luster combat system (Skyrim I’m talking about you here), it truly is worth noting when a game does it right.

The remainder of the prologue has you and your team fight off some harpies, and battle a Chimera beast as the conclusion of this section of the demo. Several times during combat, I noticed the camera focus in on one of my mage pawns as they cast spells to enhance my blade with fire. They did this all on their own and it’s clear that the AI has received plenty of attention, and will not be a hindrance, but a blessing in Dragon’s Dogma.

The Chimera battle did allow for me to get in close and use R2 to grasp and climb up onto the beast. While atop the Chimera I was able to use light attacks until my stamina bar ran out before being tossed off. Whenever I performed a heavy attack it then caused me to lose my grip and fall off afterward, regardless of my remaining stamina. So it’s a trade off, but I’ll leave it to you to find out which one works best for you.

Come to think of it, I did also try to grasp one of the goblins in a prior battle with R2 and while holding him my pawns would launch attacks at the detained enemy. I didn’t try all the attack options while grasping the goblin, but I can confirm that you are able to throw them which then leaves them open to further unguarded attacks.

That’s it for the prologue part of the demo, and so far so good. My excitement level for this game has definitely jumped to PRE-ORDER status, yes. Next I moved onto the quest level of the demo. Feeling like I’ve got a strong understanding on my swordsmanship skills, I’m ready for anything at the onset of this quest….except for the fact that it starts you out with a bow!! Thrown off for a minute I stand there starring at the group of goblins in the distance missing my sword. That feeling of longing was quickly remedied as I launched a volley of arrows into the group of goblins with a single button press, followed swiftly by a “Triad Flaming Arrow” attack that shoots several arrows into the incoming line of 3 goblins. Now that I’ve got my footing with the bow I feel unstoppable! As I launch wave after wave of arrows into the enemies, I’m no longer stepping backward, but forward!

Just before I’m able to take out the last of the goblins, my prowess of invincibility is quickly squashed by the GRIFFIN LANDING ON MY HEAD!!! The tides have turned and I’m back to backpedaling with my bow. Thankfully my pawns are there by my side for reinforcements. It’s just then that I realize that I’m not simply an archer….but a Rogue (SWEEEET) L1 is now used for brutally efficient dual wielding dagger attacks, while R1 is the bow skill set. With my new found daggers I lay into that bird like a Thanksgiving turkey.

A few minutes later me and my crew are successful in subduing the griffin. I collect my booty, and a “Quest Completed” banner appears in the upper left-hand corner of the screen. With that my demo concluded. Still hyped up from the skirmish I restart the quest to play it again. This time being fully aware that a huge griffin was on the approach, I was a bit better prepared. Again I tried the grasp and climb mechanic that feels so closely evocative of The Shadow of Colossus, but with less difficulty. Hanging from the griffins hind-quarters, I relentlessly stab and jab with quick successive light attacks causing moderate damage. After being tossed off, I hustled back up to him, this time ascending the head. To my delight, attacking the head with the same light attack did considerably more damage since I was attacking the head instead of the rear (as it should be). Again, it’s something small but noticeable. Having the attack damage vary based on your attack location on the body of your enemy, adds to the realism and strategy. It took considerably less time to fell the beast attacking the head rather than the tail.

The entire demo playthrough took only about 30 minutes. So it was just a small taste of what lies ahead. And yes some of the combat felt a little chaotic at times, and the controls/camera aren’t perfect. But given the size and scope of this game, I have to say this is shaping up to be a highly anticipated game on my must buy list. If you haven’t already, do yourself a favor and check out the demo…After that, go pre-order this game!

Update: Check out my follow-up Dragon’s Dogma article for more on this incredible game from Capcom. 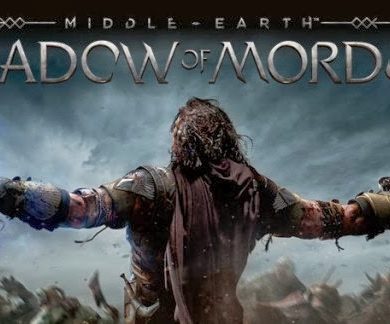