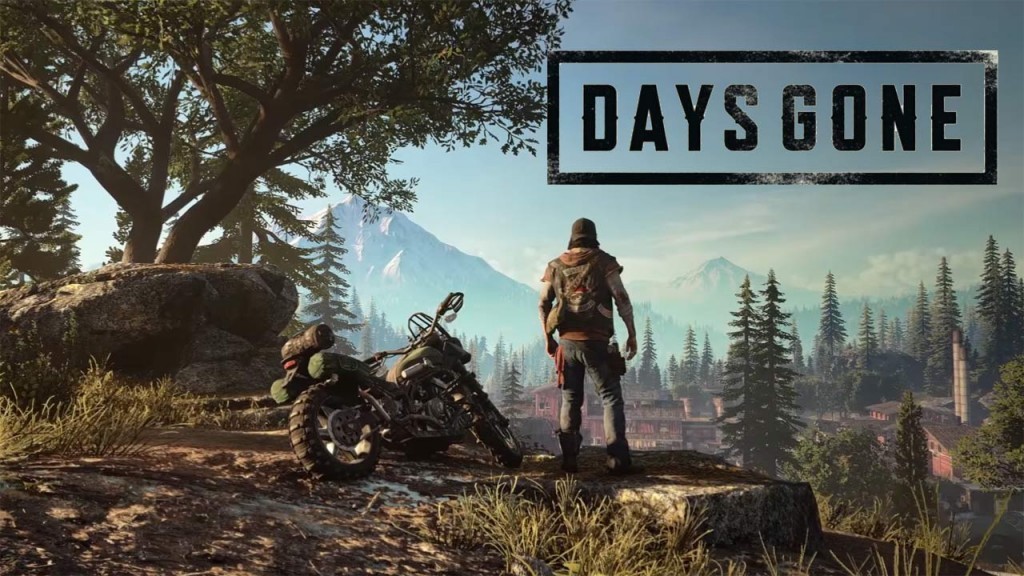 When Days Gone was first revealed to the world, I’ll admit my interest was piqued but my expectations were tempered. Tempered with the thoughts of dozens of other survival zombie shooters already on the market. Still, those zombie swarms known as the Horde begged for my attention. A flood of undead with a hive mind so densely packed that it appears as a rolling wave? Yea, I’m in.

As developer Bend Studio continued to show trailers for four years after its original unveiling back at E3 2015, my enthusiasm for the game began to wane. I started to see less and less of the horde and more and more of the generic open world survival elements I’m all too accustom with. And so, the fears mounted. After several delays Days Gone was finally released April 26, 2019, but I had moved on. Couple that with the fact that reviewers were lambasting the game for poor frame rate issues and numerous technical bugs, at the end of the day I, like so many others, took a hard pass on Days Gone. Hey not all Sony’s first party exclusives can be a hit, right? WRONG.

Bend Studios didn’t let a lack-luster launch relegate their game to ruin. With continued patches that fixed bugs and improved stability, people were finally seeing Days Gone for what it is…an addictive and enthralling action-adventure survival game. Now with the release of patch 1.25 a few days ago, nearly all the annoying and game breaking issues have been resolved. I’ve yet to experience any of the texture issues that were plaguing the second half of the game prior to this patch. I’ll update this post after completing the game and spending more time with the new patched version.

At this point I’m a little more than halfway through the game and Deacon Saint John’s character has really grown on me. At first, I felt like there was something off about his character model. He didn’t look overly tough and gruff like a biker might, and he didn’t look overly handsome and charming like a hero either. He was somewhere in between, but the more I played, the more I agreed with the design choice.

Dialogue You Can Believe In

Days Gone is definitely a narrative driven game. While the plot is just about what you’d expect to find here, it’s the characters and voice acting that really sell the experience in this detailed gloomy world. The writing is just so well done. Dialog rings true and authentic and conversations feel real and natural. I can’t tell you how many games I’ve played where I skip the cutscene and dialog moments altogether because they are so poorly written and acted that they actually hurt the overall experience to watch them.

In Days Gone lines are delivered with believable candor, that deepens your immersion in the world. Believe it or not, from time to time I’d catch my oldest daughter looking up from her device to stop and watch a scene play out on screen. She’d say “That was like a movie!” Now if that’s not the measure of quality, I don’t know what is.

As Deacon Saint John you’re trying to get yourself and your brother Boozer north to make a fresh start. In the process you meet camps of people trying to survive. Camps function as town hubs. You can turn in bounties, fix and upgrade your bike, and take on tasks handed out to you from the camps leader. Your typical open world fare, but given the variety of things to do and quality of world design, I never felt like I was running fetch quests. I regularly looked forward to my next task or reason to launch back out into “the shit” as they call it. As I’d travel the wilderness, I’d pass straggling freaks, (zombies) get attacked by stray infected wolves, and get jumped by groups of insane survivalists known as rippers.

To upgrade my stats, I’d find Nero Research Sites, which always came with a high risk of Freakers. These sites task you with getting power back up and running so you can enter and retrieve the all-important stat boosting injection. Be careful to find and cut down any megaphone’s setup around the camp, lest you bring the horde down on top of you once power is restored and the sound draws them in.

Speaking of the hordes, they are just as awe inspiring as they are terrifying. When I encounter them, I never can decide what I want to do more, stop and stare, or run like hell. As the game warns, don’t try to take on these hordes until you’re well prepared to do so. Like locust the horde surround you and overtake you, screaming grunting and wailing hideously all the while. Tense and unnerving to say the least. I’ve only taken on the horde a few times. Just once did I succeed and it was truly a triumphant experience…we won’t talk about the other times.

A Boy and His Bike

Riding my motorcycle took a bit of getting used to, but eventually felt natural and right. At the onset it feels wonky and unstable, but with time and extended trips out in the shit, you get a feeling for it. Bend Studio wanted your bike to feel like a companion. Something you’d took care of, looked after, and always kept close by. For one thing, saving the game requires you to be near your bike. So let’s say you hopped off a hundred yards out so you could sneak into an enemy ripper camp unheard.

You can’t save until you’re back next to your bike. Hope you didn’t make too much noise taking out the rippers with your shotgun and homemade pipe bombs, you may well draw the horde! Then you have to run like hell or face the dreaded game over screen. Another aspect I liked about the motorcycle is how they kept it grounded in reality. You can’t go driving your bike off a cliff to take a “video game” shortcut to the main objective. Doing so will almost certainly destroy your bike, or cause significant damage at the very least. This simple mechanic keeps you treating your bike, and the game, like a real adventure. (I did mention something about immersion in this game didn’t I)

Driving recklessly, perhaps straight into an oncoming Freaker, will smash up your bike though. Scavenging for parts and bandages for crafting is central to Days Gone. You can use your knife to pop the lock on the hood of a car and take scrap for repairing your bike or weapons you find. Likewise, there are components you’ll find that enable you to craft bandages for healing or Molotov Cocktails for destroying Freaker nests. Holding L1 pops up a radial menu that’s visually fairly bare bones, but tactically efficient. While the menu is open, everything enters slow-mo. So even while running scared from that horde you stumbled on, you’ll still have time to throw a bandage on to aid in your escape.

As for the gun-play, I rarely play shooters and as such, suck at running and gunning. When I play games like this, or an equivalent like uncharted, I tend to toggle on some additional options like snap assist. Yes, while this can impede your ability to aim for headshots, it didn’t make it impossible. I still regularly got headshots, but also didn’t throw my control against the wall from not being able to hit that moving target, novice shooter that I am. Not sure how drastically this affects the shooting action for others who may not have used aim assist, but I found the gun fights to be fun and straight forward. I’m also playing on normal difficulty, which I’ll admit is more forgiving.

The World Around You

Generally, I was able to run and gun a camp down with little fear of death. Not because they were bad shots, but simply because I was so well stocked on bandages, which healed so much damage, that I didn’t need to concern myself with being overly careful. Well, that and maybe the fact that I invested all my injection stat boosts into the health category first, might have had something to do with it. There were a few encounters to the contrary, but largely I was enjoying the shooting instead of dreading them. There are two tougher difficulties beyond normal, Hard and Survival which I’m sure will make running and gunning a camp down impossible.

One of my gripes in this game was with the blue “?” icons that would appear on the mini-map. They would only show up for a moment and then disappear. Not sure if this was a technical error or meant to just send you off in a general direction. Either way, tracking down the unknown event proved fruitless and frustrating more often than not. In the very beginning of the game I did complete two or three of them, which involved saving an innocent survivor, and netted me some much-needed currency for the local camps that had been established. However, as the game went on the icons would show up and disappear more like a tease than a guide. When I would arrive at the general area, nothing would be there. No event. No people. Nothing. It was definitely a disappointment as I felt these provided good reason to venture off the beaten path, which would increase your encounters with Freaks and possible encounters with the horde.

Days Gone
Summary
Days Gone is one of the best games I’ve played this year. It does still suffer from some minor technical issues, at least prior to patch 1.25, but they are so small in comparison to all that Bend Studio has done right. The game world is detailed and compelling. The animations are smooth and convincing. The script is well written and the voice acting is engaging. Above all that, it’s downright fun to play and hard to put down. Whatever technical mess Days Gone was at launch, it is no longer. Do yourself and Bend Studios a favor, and play this game.
Pros
Detailed game world
Hordes are intense to engage
Voice acting believeable
A joy to play
Cons
Minor technical issues
9
Final Score