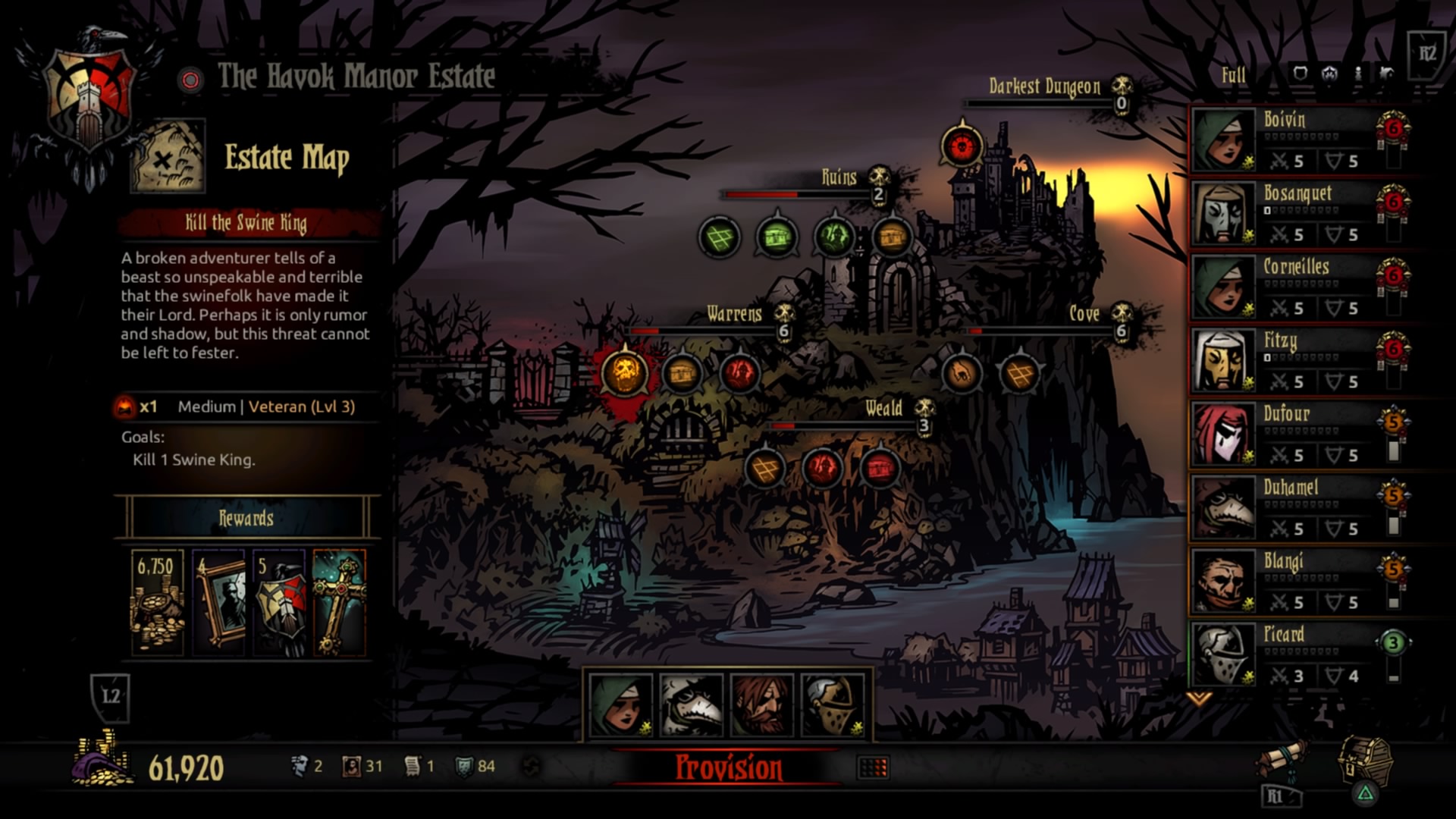 Stressful. Foreboding. Oppresive. Arduous. Maddening. These are just a few of the words one could use to describe their experience while playing Darkest Dungeon. A few others might well be: Masterful, Rewarding, Addictive, Elated, Progress. In a game that is equal parts difficult, fun, and random you’ll fight your way through ever-increasingly unfavorable dungeons as you delve deeper and deeper on your way to the Darkest Dungeon!

I first played Darkest Dungeon back when it released in early 2016, both on the Vita and PS4. There’s a ton of strategy and learning involved, and at the time I got about halfway through the game before putting it down. Recently I watched a stream of it done by the Easy Allies and it rekindled my excitement to play. It did take a little time to shake off the rust and get back into the groove, but this time I got more invested in some of the oft missed nuances that really make the gameplay click.

The intro cinematic to your town, or hub world, really does set the tone for the game so well. After learning of your mission, you now take teams of 4 into a dungeon to clear out the evil, and restore peace to the Manor. There are 17 unique heroes to choose from, each either falling into the Tank, Damage Dealer, or Healer role. A good party makeup is pretty easy to figure out; A tank upfront, two DD’s in the middle, and a healer in the back. Though I have found success sometimes with two DD’s upfront and two healers in the back. Heroes always start at level 0 and max out at 6. The quests you can undertake are either level 1, 3, or 5 (6 is the Darkest Dungeon).

The thing is, level 3 guys won’t go on level 1 quests, it’s beneath them they say. So, you can’t just grind with over-leveled heroes to level up to 6. Likewise, your level 3 characters will most assuredly get destroyed in a level 5 dungeon. This means you have to keep a running roster of various heroes at various levels in order to take on the available quests. New heroes arrive weekly (after every dungeon run) on the Stagecoach and you can pick from the new recruits to build out your team. In addition to the Stagecoach, you have access to the blacksmith for weapon/armor leveling and buildings like the Tavern/Abbey to lower your stress. Stress is a HUGE stat to monitor.

As you traverse these dungeons the darkness causes your Stress meter to raise as well as some attacks from enemies. When your Stress level reaches 100 that characters resolve is tested. This usually results in getting a negative attribute, like “Paranoid”, 33% chance to refuse a heal, buff, or use an item. Occasionally though, you resolve will be tested and you will receive a positive attribute, like “Powerful”, Buff other heroes for +15% damage. Once you pass 100 stress your character gains stress even more quickly and can behave oddly, like skipping there turn or attacking an ally. If you let that character reach 200 stress they can have a heart attack and die, being lost to you permanently! So, keep your HP up and your STRESS down.

All of Darkest Dungeons mechanics work on RNG. Every action, attack, and choice could end up working against you or in your favor. This can feel frustrating at times when things don’t go your way, but can be equally empowering when you get that CRIT heal at just the right moment.

Currently I’ve got a few level 6 hero and several level 5’s. 0-3’s have essentially become throwaway characters for me at the moment as I’m working on getting a top tier crew ready to take on THE Darkest Dungeon. My Stagecoach is leveled up so that it brings me 7 new recruits each day with a chance of them being level 2 (instead of the starting 0). I pick a crew of 4, run some low-level dungeons, searching out gold, materials, and trinkets to upgrade my town and heroes. I’m closer now to the Darkest Dungeon run than I ever was before and am chomping at the bit to get another run in as we speak! 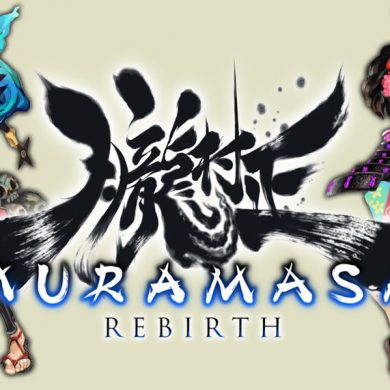