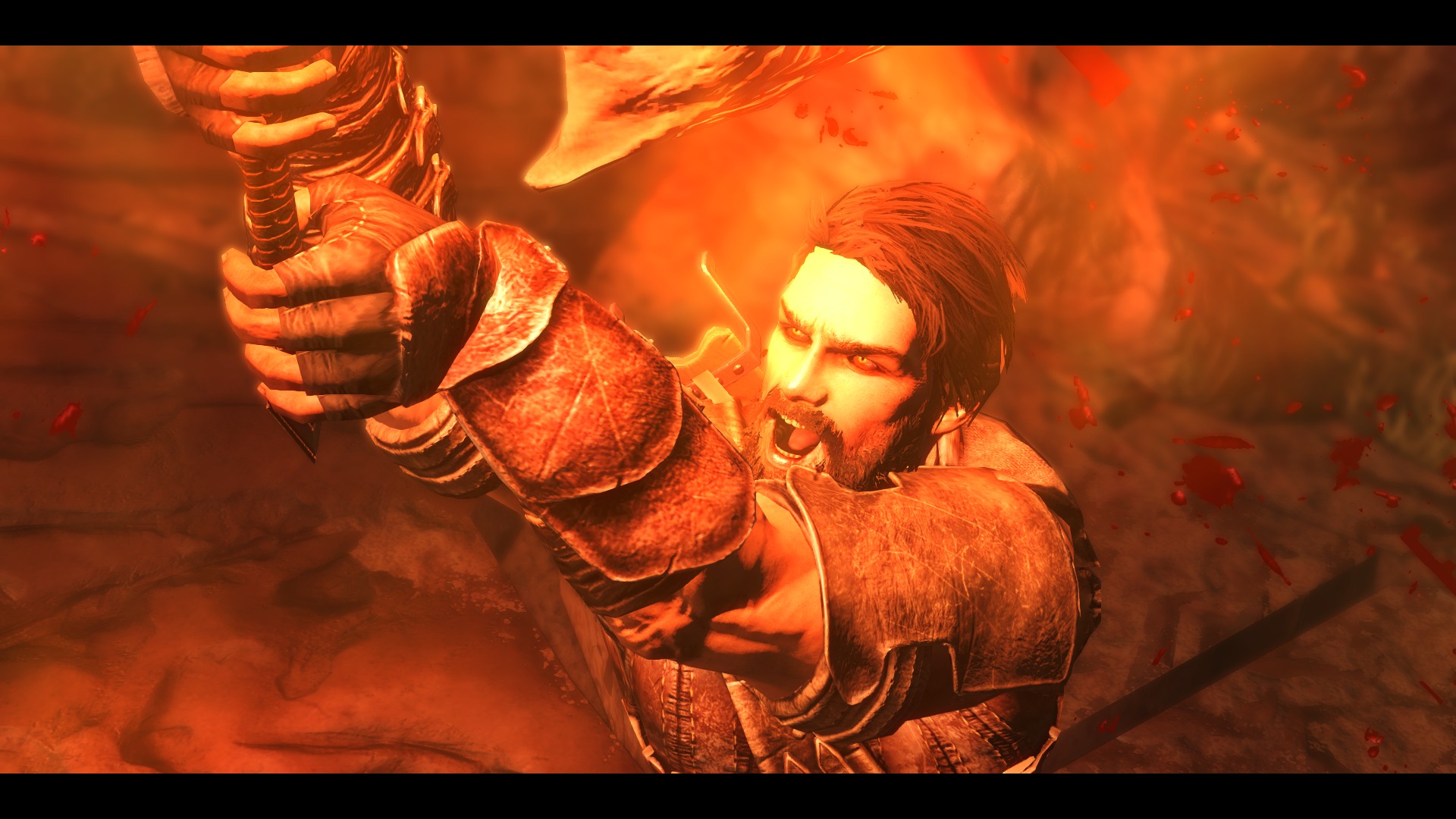 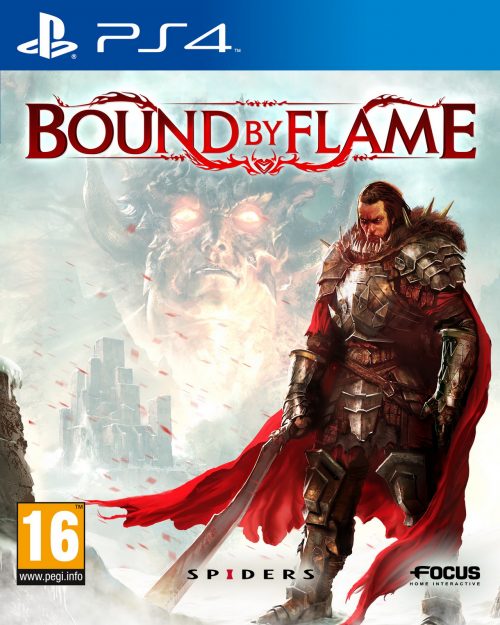 On paper Bound By Flame has everything action RPG fans look for in a game; Deep Story, Exploration, Side Quests, Loot, Customizable Gear, Skill Trees, Crafting, Swords, Daggers, Magic, and an Ever-Expanding Party Members List. Bound By Flame has all of this!! While there is entertainment to be had, unfortunately, every single feature mentioned is unrefined and plagued by game bugs.

While playing Bound By Flame, I couldn’t shake the feeling that every facet of the game had been done better by various other games that came before it. It’s not that I didn’t have any fun playing Spiders action rpg, but I found myself constantly saying, “Stick with it. It’ll get better once it opens up.” It never did. I don’t know if the team behind Bound By Flame ran out of money, time, or both. But the game appears to have missed the proper play-testing time it needed, in order to be the excellent game I think it could have been.

Character creation usually sets the tone for the game with all the options and choices available. The extremely limited options were an immediate red flag about what was to come. You choose your gender, pick one of five face options (which are more ethnicity choice than anything else), and select one of six hair styles which don’t vary much if any, even if you choose female. That’s right, a bald female. That ends the character creation portion of the game. Worried yet?

You are Vulcan, a mercenary with the Freeborn Blades, fighting the undead army known as the Deadwalkers. At the onset of the game you are tasked with defending the encampment where your friends, the Red Scribes, are conducting a sorcery ritual, supposedly to help you win the war against the Deadwalkers. After a scuffle (tutorial style) with a few undead, something goes awry with the ritual and a demon spirit takes refuge in the nearest human vessel, you. From this point on, the demon resides in you, always in your mind, in your ear, and tasking you to get him to the WorldHeart. Each choice you make gives the demon more reign over you, or less. The more the demon controls you the more badass your character looks with horns and flames. It does come at a cost though, as the horns protruding from your head no longer allow you to wear helmets, losing any stat bonuses with it. There are also “cause and effect” choices with the NPC’s you meet, usually resulting in additional quests or spawning more conflicts.

The main plot of the game isn’t that engaging, but it does hold up well. There’s tons of lore and dialog, all voice-acted nicely. Sometimes the writing comes off a tad cheesy, but it left me with the impression that each character has a story and a personality, not just mindless filler NPC’s. There are some flagrant uses of the F-bomb, but more often than not characters said what I would say in a given situation, and didn’t sound like an overly pretentious novel.

In combat you have the option of warrior stance or ranger stance which can be switched on the fly mid battle. In warrior stance you wield two-handed weapons like swords, axes, or hammers. Swords are faster than axes or hammers, but do less damage. In ranger stance you use daggers for quicker attacks but do far less damage than even swords. Certain enemies appeared to take more damage if you used the right weapon.

You could wail away on a ghostly demon with a sword that has far superior stats than your daggers and still barely chip away at its life. However, use your daggers on that same ghost and you’ll rip it to shreds. It’s a nice way to get you to change up your stance frequently, but if you prefer one style over the other, and just want to focus on what you like, you’re simply out of luck.

Even more odd to me was the choice to give the warrior stance a block ability (R2) but no dodge, and the ranger stance a light block (which blocks almost no damage) but includes a dodge in the form of jumping back (circle). Why not add some uniformity to the controls by giving both a block and both a dodge? I’m aware they wanted to make the warrior a slower heavy attacker, and the ranger a quicker more nibble lite attacker. But all it ended up doing was making it confusing as you switched back and forth.

Options, Both Good and Bad

I was constantly trying to block with my daggers, and jump back with my swords while switching between stances. L1 allows you to access the tactical menu that houses the additional attack options, potions, crossbow, traps, and spells that aren’t mapped to anything. Add to that casting magic (L2+mapped button) thanks to the demon inhabiting you, and what you’re left with is a disappointing mess. When trying to juggle that much in the heat of combat, you need more continuity in the controls.

I did like the option included in the PS4 version to swipe up, down, left, or right on the track-pad to cast whatever you had mapped to the L2+X,O,Triangle,Square buttons. What would have made it better would have been to make them completely separate map-able buttons from the L2+ buttons. This would have freed up another 4 attacks, and could have eliminated the need for the tactical menu altogether. This is just another issue, in the long list of things that could have been worked out with more play testing before release. As it stands, the feature is neat, but utterly redundant

Combat felt extremely unbalanced. Even the most basic of enemies took dozens and dozens of hits to fell, while their attacks will kill you in 3-4 blows. Considering that nearly all battles occur in groupings of 3-6 Deadwalkers, you become more frustrated by combat than exhilarated by it. Adding to the frustration is your AI controlled party member, who acts more like a distraction spell than a teammate. Almost invariably, battle would commence, enemies would swarm my partner and take her down just as I killed the first of 4 enemies. Then I was left alone with two archers shooting me from afar, and one sword wielding tank absorbing the bulk of my attacks up close….before I was killed in 2 hits simultaneously from the archers. I was playing on normal, and I’m a skilled veteran gamer. Even after turning the difficulty down to easy, it didn’t help much. I certainly didn’t feel like a mighty mercenary warrior of the Freeborn Blades’ armory with a powerful demon inhabitant. I felt more like a weak and frail recruit. I don’t think that’s what the developers had in mind when they created the protagonist and his demon possessor.

Bugs and Other Issues

Several other bugs continued to plague my play time, each one breaking the immersion of the game more and more, and lessening my enthusiasm for the game. For example small things like leveling up, one of the most basic activities in RPG’s, were even a head-ache. Pressing the track pad on the Dual Shock 4 opens the player menu screen. But when your next level pops, and you’re prompted to press the track-pad, it takes you to the last screen you were on in the menu previously, instead of the skill tree to spend your points.

Or how about the fact that enemies don’t have a level next to their life bar, to indicate if they are too difficult at your current level. Another issue that I ran into frequently was during battle if I got too close to an opponent and a wall, their life bar disappeared entirely. Often during dialog with NPC’s, certain speech choices wouldn’t go away, even after you asked and completed the story arc, or you’d be stuck facing the wall when trying to have a serious.

Something that really stuck out like a sore thumb was when I would defeat a boss with my daggers, and then the cut scene would show me lifting the boss into the air with my sword to deliver the final blow. All these things may sound minor, but when they happen as frequently as they do, it starts to add up and become a glaring fault on the game as a whole.

The crafting system was clearly a focal point for this game, but even that suffered from a lack of polish/balance. Items that were scavenged from the environment or dropped from defeated enemies could then be used to craft weapon/armor upgrades, make potions, traps, and more. The idea is solid, but the execution is off. The sheer quantity of items needed to craft even just one potion is outrageous, especially considering how often they were needed during the unbalanced combat. I regularly found myself short on materials to craft the upgrades I wanted, and rarely had more than 2 potions on hand at any given time.

Granted, if you couldn’t scavenge the materials needed, some of the more basic materials could be bought with gold. What a great idea right? Except acquiring gold in Bound By Flame is just a slow going! I never had more than 300gold at any given time. I should have amassed tons of gold with as many trips through that swap as I made on side quests. Town merchants also sell extra traps, potions, arrows, and weapons, but again, you never have enough gold to purchase but one of those options. At least you are able to recycle weapons and their upgrades for the raw materials, and that helps, but not enough.

By and large the crafting system needs overhauling to be more accessible. When you need to change your armor upgrades to match the area you’re in (ie: Swap area requires poison resist armor, Cave area requires dark magic resist, Ice area requires ice resist, etc.) to even have a chance at being effective, you run out of crafting materials far faster than you can replenish them, even though every enemy dropped something. That’s how crazy the quantities needed were.

Bound By Flame
Summary
Ultimately, Bound By Flame seems to have missed the mark. It reminds me very much of Kingdoms of Amalur. There’s a little bit of everything crammed in, and none of it is done particularly well. It should be noted that the retail release is priced $10 cheaper than normal, at $49.99 and the digital version is $39.99. I really wanted to love this game, and I gave it every chance I could. In the end there were just too many issues for me to overlook. Either way, the game has so much going on, and despite all the issues it has, I still had some fun with it. Bound By Flame has all the makings of a fantastic RPG here…just a little more QA time could have really made all the difference.
Pros
Not perfect, but still fun
Cons
Unbalanced combat
Poor design choices
Bland story
Generic world and characters
6.1
Final Score 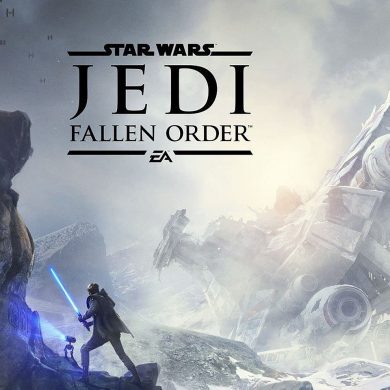